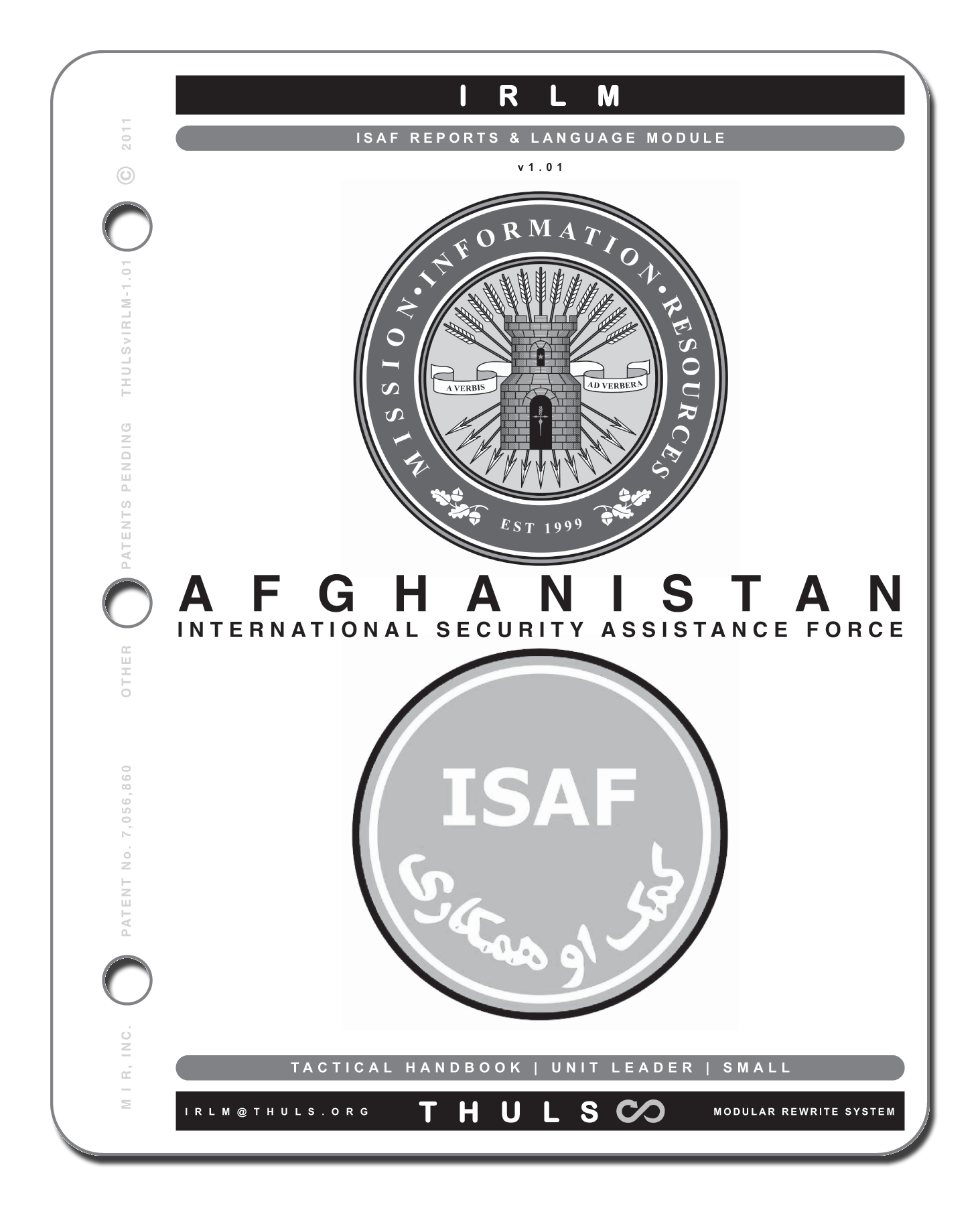 The THULS IRLM - ISAF Reports & Language Module was developed to provide user-friendly versions of the most commonly used ISAF / NATO reports currently being used in Afghanistan. Train with these reports BEFORE you deploy. Afghan deployments have their own set of reports. MIR has captured some of the most relevant and put them in one place, making them available before deployment.

There are no reviews yet.

Be the first to review “IRLM” Cancel reply

Do NOT follow this link or you will be banned from the site!